HOW WOULD YOU FEEL if Premier Stephen McNeil suddenly showed up in your backyard to announce the province is building a fountain there?

Pretty much the same as Halifax City Hall must have felt when McNeil materialized in Bayers Lake last week to announce the business park would be the location of a new “Community Outpatient Centre” .

Local politicians love to be included in “good news” announcements in their bailiwicks and provincial governments usually extend invitations to them for events like this. Moreover, often they’re quoted in the related news release and photographed at the event.

This is a common courtesy that greases the wheels of intergovernmental relations. Not this time, however. 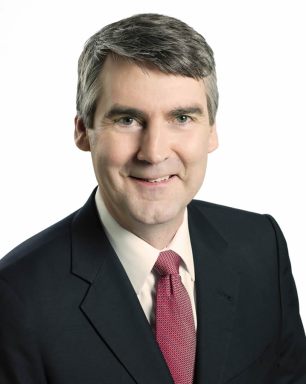 The city acknowledges they weren’t invited, but diplomatically declines to complain. The Premier’s Office, 24 hours after a query from me, declines to explain the omission — if that’s what it was. It’s also possible the premier just didn’t care about City Hall. Another possibility is the premier was in such a hurry to make the announcement before calling an election that his people overlooked protocol.

In any case, the absence of a Halifax representative is unacceptable. Bayers Lake, and the protected wilderness not far from the new Centre, are always hot topics at our Council. McNeil is out of bounds. He’s the premier of Nova Scotia, not the mayor of Halifax. This city belongs to Haligonians, not the province. But the premier seems to be operating by the rules of divine right.

If the Premier’s Office considers this a problem, by now they will have extended a private apology to Halifax and co-ordinated their talking points in the unlikely event this incident becomes news.

But there were more than politicians absent from the announcement.

Also missing were any signs of consultation or useful detail about the services the Centre will offer.

The news release offers merely a hint: “(The) potential services may include an initial visit with a specialist, post-surgery or post-treatment follow-up, blood collection and X-rays.”

Detail is important to Haligonians because if the services to be offered at the new “centre” are being moved from downtown rather than being replicated, then Haligonians will suffer, especially those who have to use the transit system, as sick people and medical staff often do. The whole concept of a downtown is that it centralizes key services, giving everybody more or less equal access. Downtowns are, typically, well-served by public transit, and allow medical people to interact more easily.

But the premier wants the new Centre to be easily accessible to ALL Nova Scotians, meaning rural Nova Scotians. To wit, the premier himself: “It came down to making sure that we were having access to [Highways] 103 and 102 … Not every service needs to be offered in downtown Halifax. We often hear Nova Scotians say traffic and parking are major concerns when travelling to the VG site of the QEII Health Sciences Centre.

“We now have the opportunity to deliver a variety of services that don’t require a trip to the hospital in a more effective and convenient way for patients and their families.” Except, of course, if you’re a Haligonian.

Here’s Paula Bond, vice president of Integrated Health Services, Nova Scotia Health Authority, in remarks undoubtedly prepared with the help of the premier’s army of flacks: “As part of our commitment to provide care closer to home, this site will be a more convenient location for Nova Scotians travelling for outpatient care, treatment and diagnosis.”

Sure. And while we’re at it, let’s move the Valley Regional Hospital’s ER to New Minas.

I’m beginning to think Stephen McNeil has a bit of a hate on for our city. Here he is in March of 2016: “Not every MRI is in Halifax. If you’re a citizen of Halifax and you can get an MRI faster in Yarmouth, you’re going to Yarmouth.”

Duly noted, Dear Leader. I hasten to obey. Your slightest command is my wish.

Haligonians already make arduous trips to places like Sydney and Kentville for orthopedic surgery they can’t get at home in a timely manner. My family has had to do this twice and I have “major concerns” with it, including the initial difficulty in finding the hospital. But then, I’m from Halifax so inconveniencing me is not a problem.

I’ll go further: is it possible the real reason for creating a single health authority was to move health services away from our downtown to areas that lack the population density to support them — without taxpayers noticing? Would the defunct Capital District Health Authority have supported the location of the new “centre”?

If McNeil can justify spending provincial tax money to support the lifestyle of rural Nova Scotians, that’s just fine. But I’m not willing to force our sick to take a bus ride of two hours-plus, with transfers, to get routine diagnoses.

Call me a curmudgeon, but I’d rather to pay to give rural Nova Scotians driving lessons.